The Foundation (WCPD) supports the OSM’s Opening Night Concert as a Presenting Sponsor, as it continues to recognize the importance of music and culture for all of society

Victor Hugo once said, “Music expresses that which cannot be said and on which it is impossible to be silent.” 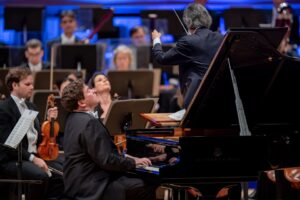 Earlier this month, The Foundation WCPD gave voice and support to the Orchestre Symponique de Montreal (OSM) by serving as the Presenting Sponsor at its Opening Night Concert. Fiera Capital also served as a Presenting Sponsor alongside The Foundation. More than 280 people attended the annual event, which raised nearly $200,000 for one of the most important cultural institutions in Canada.

“The OSM wishes to thank its presenting partners. Without our partners, we could not have raised these much needed funds,” says Catherine Lussier, the Head of Project for Philanthropic Events.

“This event will allow our talented artists to continue their incredible work and support the more than 150 concerts we hold each year. We thank The Foundation (WCPD) for its commitment to culture.”

While the Opening Night Concert assists the artists of today, the OSM is also focused on the musicians of tomorrow.

In particular, the OSM is committed to many educational and outreach programs for young people. These educational programs range from opportunities in elementary school all the way to instruction at the college and university level. 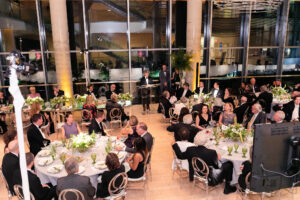 For elementary schools, for example, the OSM allows children to become familiar with classical music by offering educational concerts. In addition, teaching guides, online resources and educational activities give students ongoing exposure and education as it relates to instruments and composers.

Bita Cattelan, VP of Philanthropy at The Foundation (WCPD), has been a strong supporter of culture and the OSM for many years.

While the preservation of our cultural heritage is important, Cattelan also believes that music can play an integral role in health and education, whether it is used as a form of therapy, or as a mechanism to help children excel in school and their daily lives.

Through the generous support of major donors, the OSM has built a music school in Montreal for children from disadvantaged backgrounds called La Musique Aux Enfants. Over the last three years, these children had the opportunity to visit the music school and learn to play an instrument.

“And the results are now coming in,” she explains.

“The hope and belief is these children not only go on to study music, but it has also been linked to an improvement in behavior and learning capabilities.”

The results will be shared with the provincial government as evidence that music programs in schools can have a positive impact on the lives of young people.

Apart from its support of the OSM, another key aspect of WCPD’s commitment to the arts is the creation the Cultural Philanthropic Advisory Council.  Dedicated to promoting philanthropy for arts and culture across Canada, its members are considered key leaders and influencers, with a united desire to maximize donations to the artistic community. 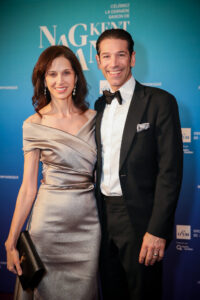 “For me, I do it because I really enjoy performing arts. I was exposed when I was young, and it really nourishes me. I make my way to the concert hall and I get reenergized,” Cattelan says, who is also a member of the Cultural Philanthropic Advisory Council.” Second, I understand the challenges and struggles that artists are faced with. They are so passionate about their art – it is hours and hours of commitment to perform and perfect their craft. I really appreciate that. I do believe we need to advance culture and help these artists. It is a very challenging path.”

To learn more about the OSM and consider a donation, click here.