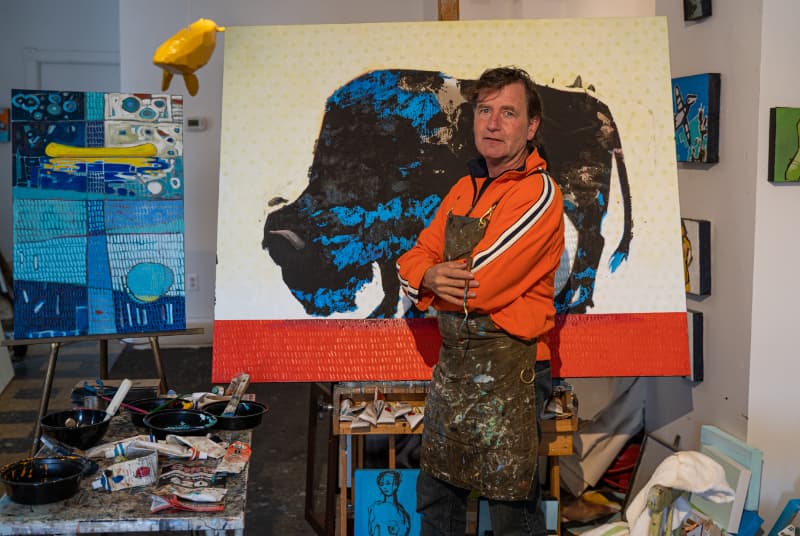 The inspiration: “When the pandemic struck I knew I had to do something. Not only was there increased demand on the Ottawa Food Bank but they also had to cancel food drives and many of their fundraising events. I decided to help by painting and auctioning the pieces to benefit those in need.” – Christopher Griffin

Thursdays have been busy days for artist Christopher Griffin. Every Thursday from April to September, Griffin auctioned off a piece of his art to support the Ottawa Food Bank and, in turn, helped to feed hundreds of people in Ottawa.

As the pandemic’s full magnitude came into focus in March, Griffin – like many Ottawa residents – was struck by a feeling of helplessness. As he was listening to the radio, he heard that food banks everywhere were feeling the pinch. 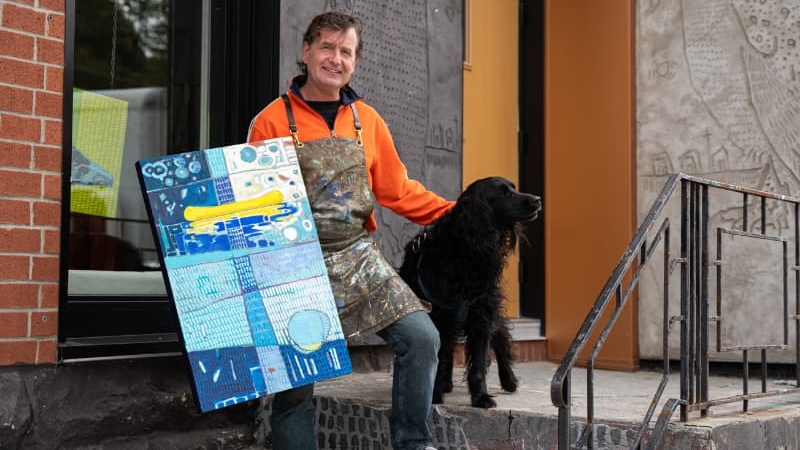 Griffin initially considered visiting the local food bank and volunteering his time. But as he thought more about the impact he wanted to make, Griffin knew he could put his creative talent to use and help in a much bigger way.

He headed to his art studio with his heart on his sleeve and created his first piece that was to be auctioned off with 100 per cent of the proceeds donated to the Ottawa Food Bank.

For the next six months, Griffin painted a piece of art for the Every Thursday Art Auction – a huge success that’s raised more than $36,000 to help with food security during COVID-19.

“The Ottawa community has been so supportive of the art auction,” Griffin says, adding that his artwork has even attracted bids from individuals as far away as California. “The food bank serves the most vulnerable people in our community … at this challenging time.”

Griffin decided to take to his canvas again during the month of December to help fellow residents have a happy Christmas. For each Thursday during the holidays, the auction will continue, much to the delight of the Ottawa Food Bank.

“We are so grateful for the talent and generosity that Christopher Griffin continues to lend to the Ottawa Food Bank,” says Rachael Wilson, the interim CEO of the food bank.

“His fans and art enthusiasts across the city have also been incredibly generous, and we feel very fortunate for their contributions.”