Each year, Logan Hussein and his family host an annual birthday bash at their Ottawa home to raise money in honour of the pediatric hospital that saved the boy’s life: the Children’s Hospital of Eastern Ontario.

The family sets a fundraising goal to match Logan’s birthday. When he turned five, it was $5,000. When he reached six, it got bumped up to $6,000. You get the picture. 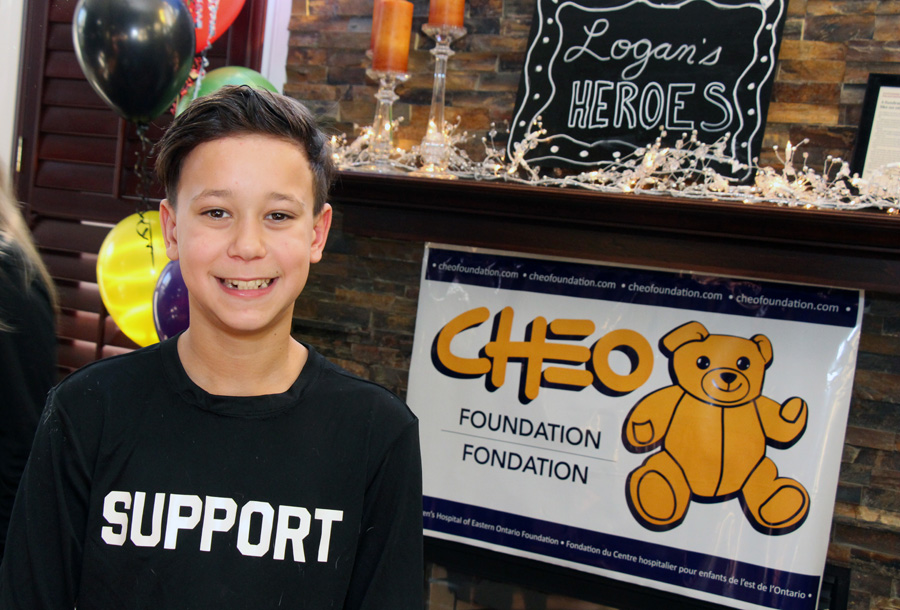 It turns out Logan isn’t aging quite fast enough; not only has the family already sailed past $12,000 for this year’s 12th birthday, they had fundraised $60,000-plus, as of this past weekend, and are hoping to reach $200,000 during the boy’s virtual birthday party, being held the afternoon of Saturday, Nov. 28.

Monday marks the official launch of the Logan’s Heroes new campaign website. All donations will help CHEO purchase a neonatal transport incubator for families with premature and critically ill babies.

The (buttercream) icing on the cake is the Ottawa business community’s support for the newly branded Logan’s Heroes event. The fundraiser has the backing of Peter Nicholson, president and founder of The Foundation WCPD, Jennifer Stewart, president and CEO of Syntax Strategic, Denis Giacobbi of Virtually Fitness, as well support from eventstream, R-Cubed Design Forge, Mattamy Homes, Atomic Lavender, NKB Swimming, Gabriel Pizza, and others.

WCPD is matching up to $25,000 in total donations. Nicholson and Logan hit it off last year when the boy received the Outstanding Youth Philanthropist Award at the Ottawa chapter of the Association of Fundraising Professional’s annual awards dinner, presented by WCPD. 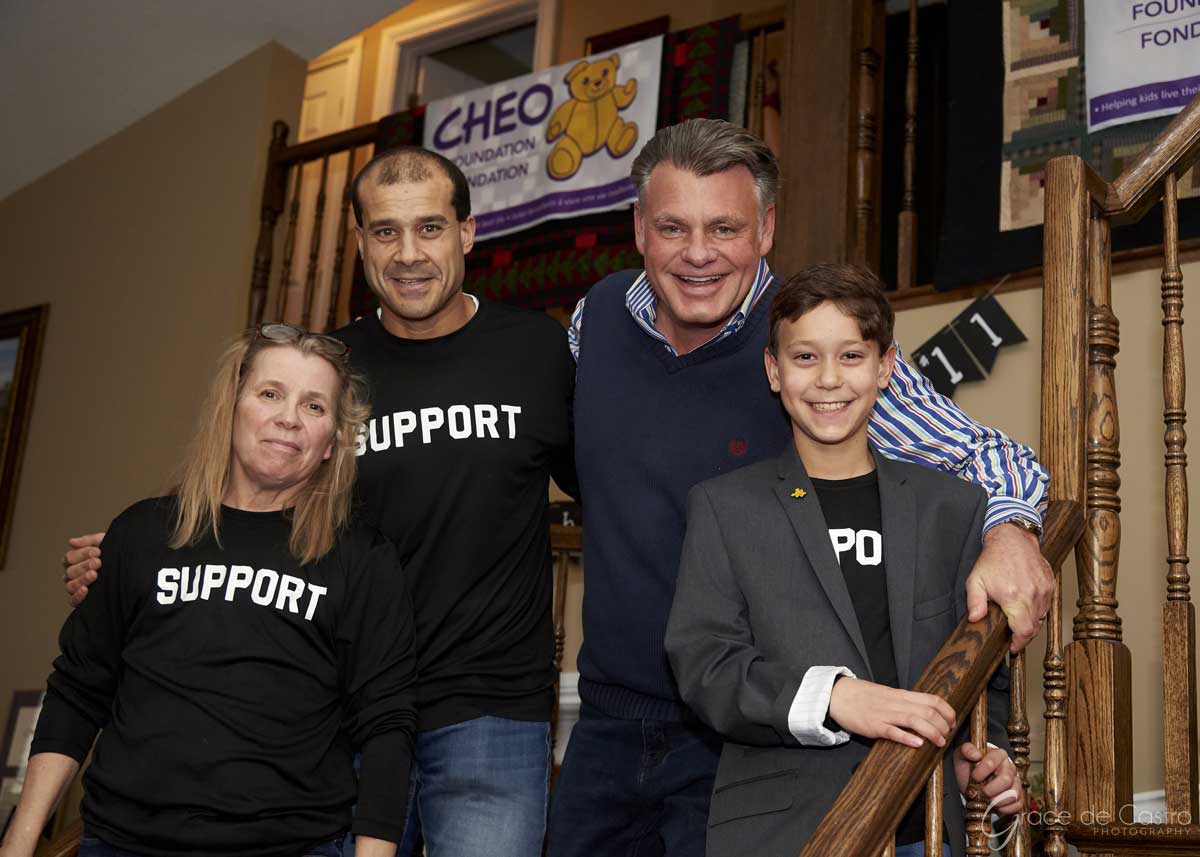 Logan was nominated for his award by the CHEO Foundation, which raises money for the hospital to purchase lifesaving equipment and technology not funded by the government.

“Logan is a special kid who has very special parents,” CHEO Foundation president and CEO Kevin Keohane told OBJ.social. “He has taken their lessons about giving back and has embraced them at such a young age.

“It’s natural for any kid to get excited when receiving gifts for their birthday,” Keohane continued. “Imagine being a kid and finding happiness in your birthday (being) an occasion to give to others? That’s Logan and that’s his idea of a gift for himself. His joy comes from rallying people to help the kids who rely on CHEO. That’s what makes him so special.”

Logan confirmed it to be true: he does prefer his fundraiser over birthday celebrations with heaps of presents. “Saving a kid’s life, or saving anybody’s life, is worth more than things that you’ll probably forget about,” said Logan, a volunteer with the Foundation’s Kids Helping Kids program and former recipient of the Foundation’s highest honour, the Order of the Good Bear. 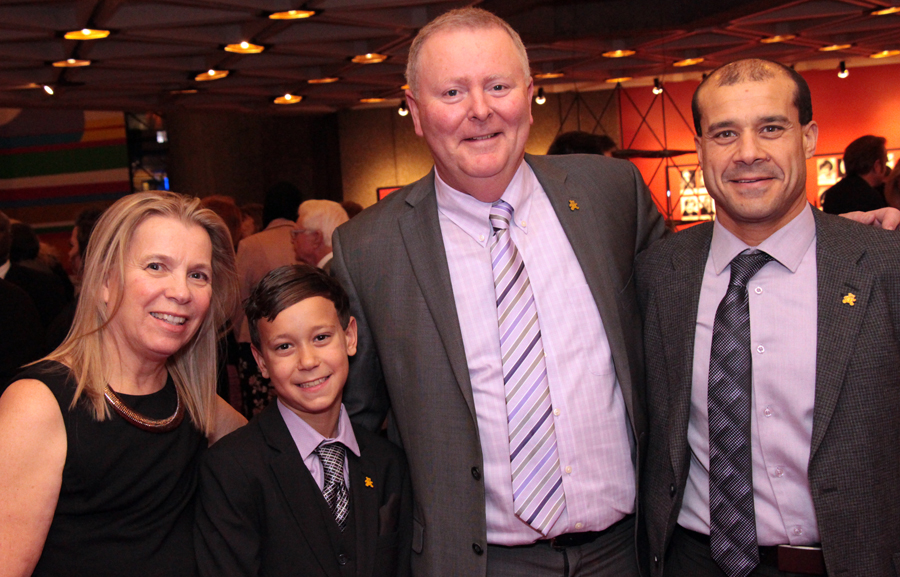 “The reality is, without CHEO, we wouldn’t have Logan today,” Wael Hussein said during an interview with his wife, Sue Mackey and their son at their home in the Barrhaven community of Stonebridge. Also with them were a couple of foster dogs that they’re caring for.

Logan was born during the early-morning hours of Nov. 26, 2008, at the Queensway Carleton Hospital, following an emergency C-section. He had a collapsed lung, also known as a pneumothorax. The newborn had to be rushed to CHEO, where he remained in the hospital’s Neonatal Intensive Care Unit (NICU) for nine days.

“It was real touch and go for a while,” Mackey recalled of the most terrifying time in their lives.

Said Hussein: “As a parent, I always get quite emotional this time of the year. It brings back a lot of scary memories, scary moments from that night.” 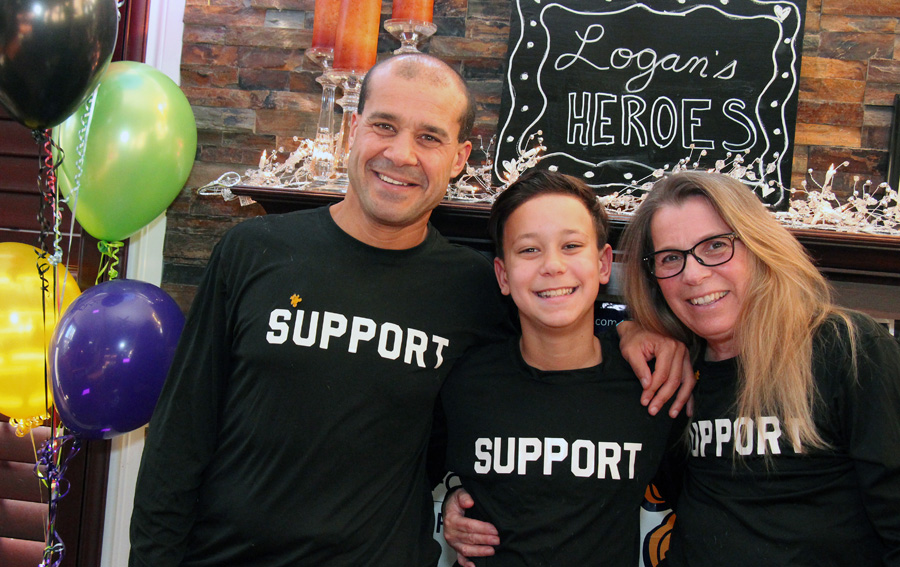 Once their son was safe and sound, the couple starting thinking of ways to express their gratitude to the CHEO staff for their dedication and hard work. On Logan’s first birthday, the family hosted a small fundraising party for CHEO, raising a few hundred or so dollars. It became an annual grassroots tradition, with the parents matching the proceeds in the early years.

Logan, who has raised a total of $70,000 from previous birthdays, sees “no end in sight” for his annual event. “I think I’ll be doing it for a really long time,” said the Grade 7 student of French-language private school Lycée Claudel.

Particularly touching is the family’s connection to sponsor Virtually Fitness. They first met owner Denis Giacobbi during a chance encounter at their local dog park earlier this year. They struck up a conversation and, while forming a new friendship, Giacobbi shared with them how he’d just lost his wife, Elaine, to cancer. She was 56. He recently held a fitness fundraiser for CHEO in her memory and donated the $12,000 raised to Logan’s cause.

A highlight of the party is the massive birthday cake Mackey lovingly bakes and decorates with buttercream frosting. She also prepares all the snacks and dresses up the home with birthday and Christmas holiday decor.

“We have a roof over our heads, we have food on the table, life is good for us,” the five-year breast cancer survivor said with gratitude.

Last year, some 100 guests packed the home for food, beverages, games and entertainment. Most of the kids were Logan’s friends from school, sports team and around the neighbourhood. The cleanup alone sounds daunting, but Mackey, a fitness trainer, dismissed any suggestion the party is too much work to organize.

“I really love it; I love seeing people together,” she said, expressing regret the party can’t take place in person this year, because of the coronavirus pandemic.

“It’s also very humbling. When we have our party, somebody will always come up to me and say, ‘I was a CHEO baby’. It’s amazing how many people went through NICU.”

Hussein, an IT consultant, said it’s meaningful to watch how far the fundraiser has come since its first year, when their efforts were meant to be “a small token of appreciation” toward the hospital.

“We can’t thank everybody enough for helping us throughout the years,” he said. “As parents, we’ve watched our child mature and evolve and gain a better understanding of the impact of what he’s doing. He’s really running with it; it’s just amazing, and we’re very proud of Logan.”

The Logan’s Heroes virtual party will feature special appearances by NHL players and some kids’ entertainment. It’s free to register, and the first 100 people to make a donation of $50 or more receive a loot bag packed with goodies, including Papa Jack popcorn and a coupon from Gabriel Pizza for a free medium pizza.