Building Courage, Together: How One New Canadian Landed Work She Loves

For Jaipreet Kaur, a new mentoring program in Ottawa has helped her forge her dream career.

Trying to land a career you’re passionate about can be challenging for anyone. But it can be especially difficult if you’re emigrating from northern India to Canada with a science degree, a dream of working in the nonprofit world, and no contacts to help you make that transition.

This is the situation Jaipreet Kaur found herself in two years ago. 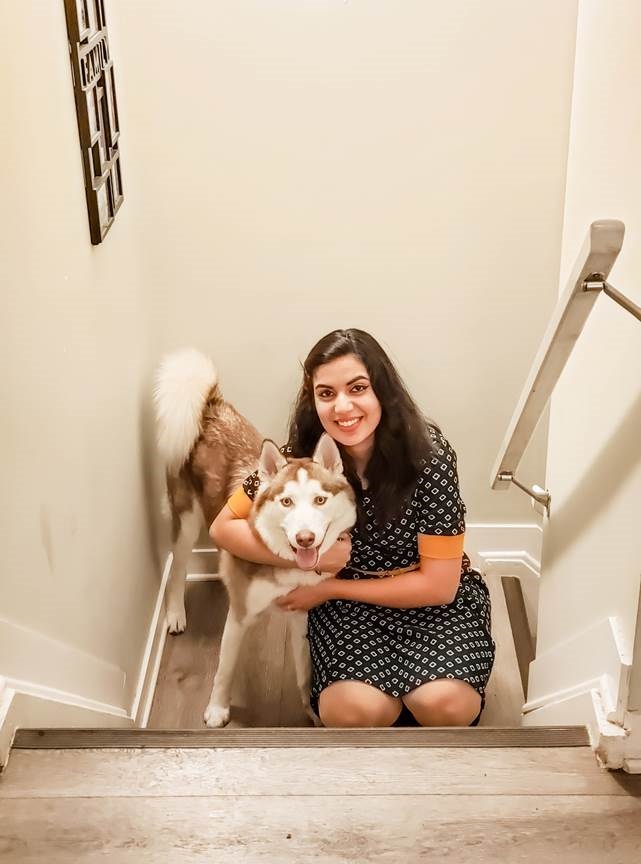 From Northern India to Ottawa

Everything was different for Jaipreet when she left her home in India for a work-study program in Ottawa. It wasn’t just the obvious differences: like that Punjabi could no longer be heard on every street, or that the average temperature of her new home went from 24 °C to a frigid 6 °C.

It was also the little things: like how at Algonquin College, where Jaipreet was studying environmental and project management, it was no longer about cramming for an end-of-course exam that counted for 100 per cent of her grade. Now all the coursework she handed in throughout her semester counted for her final mark.

But the hardest part of all about leaving her home in Jalandhar? When you move to a new continent alone, you also leave behind everyone you’ve ever known.

To make the transition easier, Jaipreet initially lived with an Indian family in Ottawa. But that family was not her own. Her family was 6,000 miles away, on the other side of the Atlantic ocean.

Jaipreet is nothing if not tenacious. Despite her homesickness, she thrived. She worked part-time at a Subway to help pay her bills. She moved into a new place in the city. She looked for any opportunities that might help her transition into her dream career.

While studying at Algonquin, Jaipreet discovered an opportunity called Fundraising Day put on by The Association of Fundraising Professionals (AFP) in Ottawa with support from the RBC Foundation. The AFP created the first fundraising mentorship program in Canada. The event matched 50 young people with 50 industry professionals.

Jaipreet was one of those young people at the inaugural event. For her mentor, she was matched up with Jeff Todd, Director of Communications at The Foundation WCPD, a charitable advisory firm, and a volunteer with the AFP Ottawa Chapter.

A mentor-mentee relationship isn’t built in a day. Before the pandemic made it necessary to cancel in-person events, Jaipreet had begun shadowing Jeff at philanthropic events to make contacts and build her professional network. When she mentioned she was looking for a summer internship, Jeff knew where she could test her project management skills in the real world: at The Foundation WCPD.

“Despite the situation, we were able to move forward with the program” says Jeff. “We had to pivot, of course. But essentially, all of the protégés now have had access to our virtual networking and training sessions. They have also been given free membership to AFP Ottawa for a full year. We are looking at doing a virtual session specifically geared to young professionals as well this summer.”

The internship at The Foundation grew into an offer of a full-time position for Jaipreet. She continues working with Jeff and the team at The Foundation and hopes to continue her work with the organization in the future. After all, despite all the differences between Ottawa and Jalandhar — and the challenges of staying focused during the pandemic — Jaipreet still says, “Canada is home.”