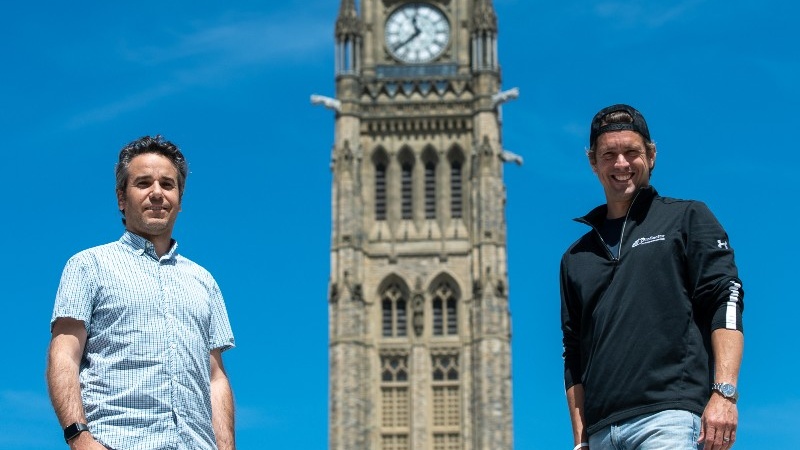 Who: Ottawa’s construction industry, led by PCL and EllisDon

The inspiration: “Everyone I spoke with felt they were a part of something special.” –Matthew Rinfret, PCL/ED project director for the Centre Block rehabilitation project

As the severity of the COVID-19 pandemic came into focus this spring, those working and volunteering in the mental health care sector soon realized another crisis was right around the corner.

Many individuals were struggling with their mental health as they confronted job losses, isolation and a general sense of uncertainty. That spurred Ottawa lawyer Gordon Cudney, chair of The Royal Ottawa Foundation, to move swiftly and engage people who understood the importance of innovative mental health supports.

One of the first calls Cudney made was to Matthew Rinfret, the PCL/EllisDon project director for the Centre Block rehabilitation. The two construction heavyweights formed a joint venture to tackle the massive restoration project on Parliament Hill.

“I reached out to Matt reluctantly as I knew all businesses were going to be under a lot of pressure,” says Cudney. “I was not surprised when the reaction was so positive as people recognize the immediate need for mental health solutions in our city.” 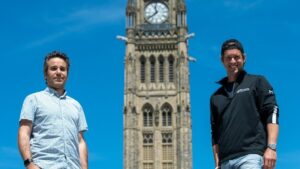 Rinfret quickly reached out to several contractors in Ottawa’s generous construction community. Several conversations over a few days in April brought the total amount of donations to $220,000. Electrical contractors, including Ziebarth Electrical, Wired Synergy and Toban Electric, as well as the local union account for approximately $100,000 of the total raised.

“I thought we may raise $25,000. In the end over 40 companies and 20 individuals stepped up for The Royal,” says Rinfret. “The project galvanized the PCL and EllisDon team. We can be competitive in the construction sector, but in this case it was beneficial to the mental health of the people of Ottawa.”

The funds raised by the PCL/ED collaboration will fund the C-PROMPT Clinic at The Royal. This clinic is made up of a multidisciplinary team of mental health nurses, psychiatrists, psychologists and social workers who are using a combination of in-person, virtual and mobile consultations to provide assessments, treatment and access to further care.

The Royal has been a leader in mental health research and care in our community for more than 100 years. The Royal Ottawa Foundation plays a critical role in raising funds to support the lives of patients today and for future generations.

Philanthropy in Ottawa is a new monthly feature highlighting notable donations in Ottawa and  is supported by The Foundation (WCPD), an Ottawa-based philanthropic tax planning advisory firm that helps individuals and foundations increase the size and impact of their charitable donations.