The Foundation (WCPD) was on hand for the grand opening of new Special Care Nursery at The Ottawa Hospital last month, an addition that is expected to greatly enhance care for the city’s smallest patients. 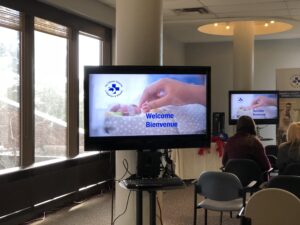 The new nursery, located at the hospital’s Civic Campus, provides a state-of-the-art space for babies born at 32 to 37 weeks and term infants with health problems. This new facility offers care for newborns in need, while also taking some of the pressure off the Neonatal Intensive Care Unit (NICU) for patients requiring the most urgent care.

For Peter Nicholson, the President of The Foundation (WCPD), ensuring the best treatment for society’s most vulnerable patients is a cause that hits close to home.
In recent years, two of his children required the services of the NICU after they were born.

“It is a very sincere honour for me to be invited to this grand opening and see the great work being done first hand,” Nicholson said, who was asked to offer a few words at the reception. “Whether you have seen these miracles workers up close or not, I think we can all appreciate the important work they do.” 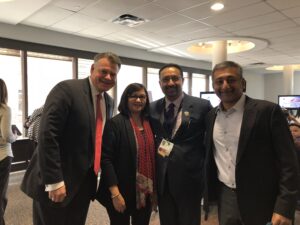 The Foundation has often worked with The Ottawa Hospital Foundation to raise money for the NICU, among other causes, by using its philanthropic tax planning strategy. In addition, Nicholson continues to provide personal donations to the cause.
The opening of the Special Care Nursery is expected to have a tremendous impact on the more than 1,300 babies receiving expert care at The Ottawa Hospital each year.

Dr. Perdeep Merchant, Site Chief, Division of Neonatology, The Ottawa Hospital – Civic Campus, explains why this is such a priority for the hospital. “At The Ottawa Hospital, we only expect the best care for our patients. Previously, the old Special Care Nursery NICU space at the Civic Campus was old and cramped.  We had to act to provide these tiny patients with an environment where they could thrive in the privacy of single rooms for appropriate intensive care, and reduce the risk of infection. This continues to be our priority as we look to improve and remodel the NICU at the General Campus.” 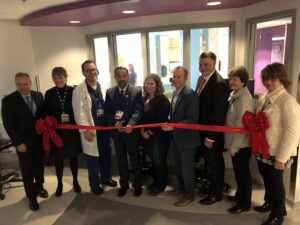 As a next step, the General Campus hopes to create a similar facility at their NICU, with the goal of raising $5 million for this purpose. Close to $4 million has been raised so far, according to the Ottawa Hospital Foundation.
“It’s the community and our residents who understand the vital need for this renovation,” said Tim Kluke, President of the Ottawa Hospital Foundation.

“I know it’s that support which will ensure we are able to achieve our dream of an improved Neonatal Intensive Care Unit, much like The Ottawa Hospital has done with this Special Care Nursery.”
The Ottawa Hospital is one of Canada’s largest learning and research hospitals, with more than 1,100 beds, approximately 12,000 staff members and an annual budget of about $1.2 billion. 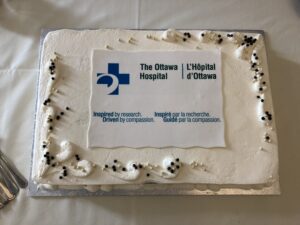